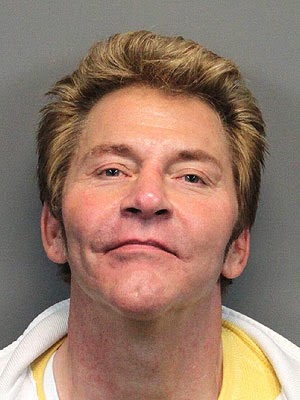 It's been an interesting year for Michael Douglas and Matt Damon after they made the Liberace-based film "Behind the Candelabra." Douglas won award after award for his portrayal of Liberace while Damon was constantly nominated (and lost) for playing lover, Scott Thorson. It seems like art is imitating life imitating life and art and stuff as Thorson is just as unlucky as Damon. The 54 year old was sentenced to 8-20 years in prison for failing a court-ordered drug test. Though he has admitted that he is an addict, the wannabe celebrity aka Jess Marlow was given a chance to clean up his act but sadly, he did not make it. He blamed his "fame" based on the movie for him becoming overwhelmed with life: "I'm just asking for another chance," he claimed and added that "he was dealing with his newfound celebrity status since Matt Damon played him in the HBO film." Thorson believes that he is somewhat celebrity-adjacent and that he intended to write a follow-up to the HBO film. He also said that he could not handle the bad press. We hope that he can clean up his act and show the world he can be in front of this candelabra.