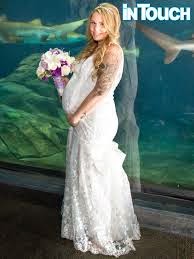 As if her life didn't seen hard enough not having a mother or a father to turn to, it turns out Kailyn Lowry's troubles started way before she starred on "16 and Pregnant." In middle school, Lowry, now married to Javi Marroquin was raped by her school. Then, after being pressured to have sex by a boyfriend, she ended up pregnant. This was not original baby daddy to Isaac , Jo but rather a prior boyfriend. She ended up having a painful abortion at 16. After having Isaac, another guy she knew raped her, Maybe that explains why she can be so tough. She now lives in Delaware with Javi, Isaac and her new baby with her hubby named Lincoln. You can read more from the "Teen Mom 2" star in her upcoming memoir!