Mandi's Thoughts On... The Season 6 Finale of "The Walking Dead" 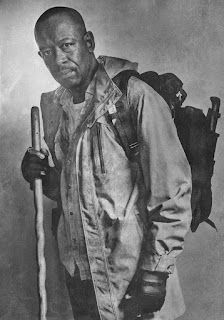 So by now, I am hopeful that all you "The Walking Dead" fans have seen the epic season six finale of the smash hit AMC series. If you haven't, sorry but there will be spoilers ahead. Don't say I did not warn you...

I went into the series finale super excited that Jeffrey Dean Morgan would make his first appearance as the iconic evil Negan. He came in like a wrecking ball, that is for sure but I had some problems with his entrance.


Other than that, Negan was an amazing addition to the series but getting to him was the real uphill battle and that's where pee pee pants city really happened. I was scared to get up and pee for a minute in case I missed something huge. I didn't.
With a show that will take about six months to return, fans are outraged that they will have to wait that long to see who died and who even knows if they will reveal it when it returns. It may take a few episodes to truly see what happened. And as for the leaked audio...I think that was intentional from the studio as they claim that even the cast has no idea who died. Overall, I was excited when Negan finally arrived and could have been spared his huge introduction because he commanded the screen to such a degree, he could have just said "Hi. I'm Negan" then smashed the crap out of someone and I would have been fine with it.

*Epic mistake: on "The Talking Dead" post-show, they had Norman Reedus aka Daryl and Jeffrey Dean Morgan aka Negan sitting next to each other and laughing and having a good time. Too soon! What did you think? Let us know and be prepared to get season six on DVD when it is released in August!