Music You Missed Vol. 4: Eliza Gilkyson - Is It Like Today

I don't often listen to music that falls into the country/folk genre, but this song has an undeniable quality to it that demands repeated listenings. At the same time that it tugs at the heart strings, it gets you going as it slowly builds. It's almost a full two minutes before all the instruments are in place and playing their respective parts.

Once the drums kick in, the song feels like it is in full swing but before you know it there is an understated electric guitar playing a great rhythm. Her vocals are capable of evoking the feeling of hope and despair all at once. There is a reason that Eliza Gilkyson has been nominated for a Grammy and is in the Texas Music Hall of Fame. From her album "Paradise Hotel", I am happy to share with you "Is It Like Today."

Former 'RHOC' Star Has Been Diagnosed With Stage 3 Cancer!

photo courtesy of bravotv.com On the heels on Tamra Judge announcing she would not be returning for season 15 of 'RHOC' , an... 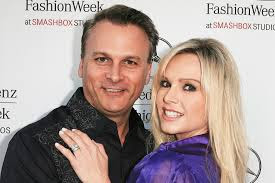