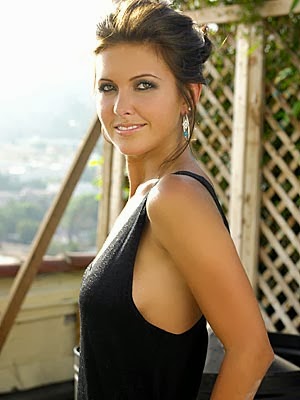 Stop doing this, stars of "The Hills" because it is taking a toll on my viewing life! After Kristin Cavallari confirmed that her season of the MTV reality show was mostly staged, co-star Audrina Patridge has chimed in to tell her tale. Even though the series finale panned away to a sound stage, us fans still wanted to believe that some of the bs was slightly real but according to Patridge, doors were locked on stars until they fought.
When she visited E! News, she reiterated what Cavallari had been saying all along: "In the beginning, a lot of it was real. As it went on, it was very manipulated and guided and you're kinda put in these scenarios where you would show up and you didn't know what you were in for until you were there, and you wanted to run out but they lock the door on you." Don't tell me there is more to the story! Oh wait...there is, when Patridge discussed a fake fight between her and K. Cav: "I actually had to leave early for another event, we were there for about three hours and they were like, 'You can't leave until you and Kristin get into a fight.' So I'm like, 'Oh my God, Kristin!' Kristin's like, 'Let's do it.' I'm like, 'OK, c'mon.' It was about Justin [Bobby] and we did it and we got to leave. So, little things like that." Damn them! They could have kept it a secret until I was at least...dead!