Kaley Cuoco Is A Wife! 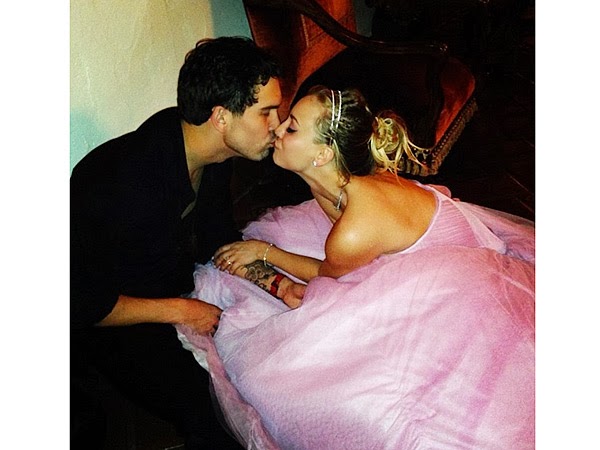 Despite getting married on "Ellen" recently, actress Kaley Cuoco finally got to have her dream New Year's Eve wedding to Ryan Sweeting. The theme: fire and ice (love it!). The couple, who have only been together for six months (they got engaged after three), wed at Hummingbird Nest Ranch in California with about 150 people.
The dress: Cuoco, 28 chose Vera Wang and went with the Jessica Biel hue of pink. She took to Instagram to share her happy moment almost immediately after it happened. Sweeting, 26 is a pro tennis player who spent the night dancing with Cuoco, who donned a red mini dress post ceremony! Love the way that she threw away convention. Though it was a whirlwind, "The Big Bang Theory" star had this to say: "I know that it seems a little crazy on paper but it works for us … From day one, I just knew immediately and it's been magic." We wish them all the absolute best! Cuoco was previously engaged and had dated co-star Johnny Galecki for over two years.