Oprah's B**ch-Slap To the Academy! 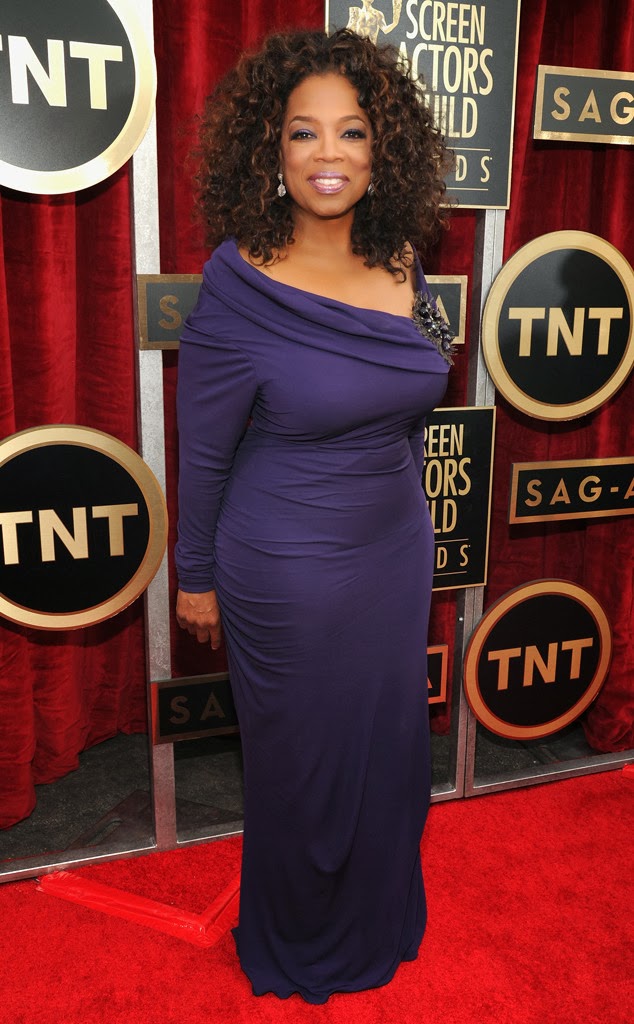 Well, Oprah Winfrey knows how to make a statement. After being shunned by the Oscar committee for her role in "The Butler," Winfrey appeared at last night's 2014 SAG Awards with a subliminal message! The Queen of all media wore a purple dress...maybe to remind the committee of "The Color Purple" when acting could have been something that she could have been a success at. But the thing is, she has won so many awards and has so many achievements. It is not like people haven't praised her performance but she almost always plays the same type of character. We love the way you said to the committee "remember me?" Oprah even if you did not mean to do it...