"Will & Grace" Fave Loses His Show! 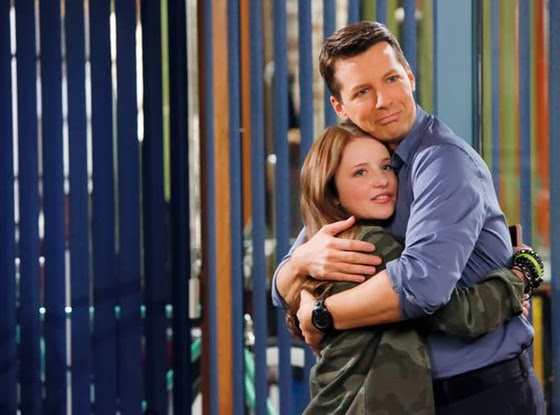 It sucks to have to share this because he is such a doll and so damn talented but Sean Hayes new sitcom is officially dunzo. "Sean Saves the World," helmed by Hayes, who played Jack on "Will & Grace" did not live up to the hype, despite being hysterically funny.
NBC has confirmed that the show has been canceled and production has ceased. But Hayes let everyone know how grateful he was for the time spent: "Thanks to @SeanSavesWorld actors & crew & @NBC for a wonderful opportunity. Looking forward to Obama's minimum wage increase to $10/hr." Megan Hilty, Hayes co-star and actress on the now-defunct "SMASH" (also on NBC with another W&G alum, Debra Messing) added to Hayes Twitter love: "Thanks for all the kind words about the cancelation of #SSTW. I'm a lucky lady to have gotten to work with such an incredible cast & crew!" Apparently, this should not be much a shock as the audience for "Sean Saves the World" just could not be found, though the funniness of it could not be denied. At least he has his hand in the TVLand pot with successful shows such as "Hot in Cleveland," which returns in March!