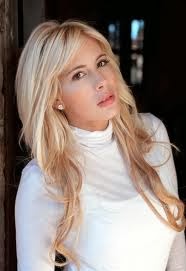 It was a dramatic day of back and forth for Shayne Lamas yesterday as news reports couldn't quite get anything right. They first announced that former "The Bachelor" winner and daughter to Lorenzo had suffered a miscarriage that led to a coma. Then, the whole coma part was erased and she was in the hospital solely for losing her baby.
It is confirmed that she lost her and Nik Richie's second child but Lorenzo confirmed that Shayne is doing much better: "We are so grateful that my daughter, Shayne Lamas-Richie, is conscious and stable. She is not in a coma, however she did miscarry the child she was carrying. We are so very grateful to the hospital personnel and the doctors who saved her life last night. Shayne is aware of her condition and that her family and her husband are here with her and love her so much. She will be remaining in the hospital until her doctors determine that she can be released." Shayne, 28 and Richie married randomly in Las Vegas a few years ago then welcomed daughter Press, 2. They then showed up on "Couple's Therapy" on VH1 to work out their marital problems and ended with a recommitment ceremony. She was four months along when she collapsed in her home from internal bleeding around her uterus. Richie is known for his site TheDirty.com and used it to let the world know what was going on: "I'm going to take some personal days off from the blogging world. Unfortunate things happen to good people. I'm not the best person in the world, but I love my wife and my family. Shayne is my good person. She is my support and my smile. I found you and I never want to let you go. We will overcome." We wish them both all the best and for Shayne's speedy recovery.