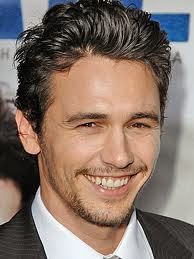 We are pretty sure that Lindsay Lohan did have sex with some of the people on her alleged sex list like Adam Levine and Wilmer Valderrama, obtained by In Touch Magazine. In fact, we are pretty convinced that a lot of the list may have some sexual validity to it. But one A-lister is shooting this claim down! James Franco, currently starring on Broadway in "Of Mice and Men" adamantly denies that he ever had sex with Lohan...and we believe him!! What about you??