Mila and Ashton Reunite on TV! 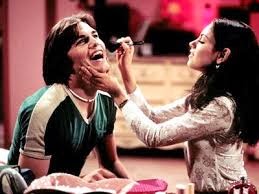 We haven't seen them on TV together since "That '70's Show" but CBS is about to change that for fans of Mila Kunis and Ashton Kutcher. The couple will shine again on Kutcher's comedy "Two and a Half Men" and she is set to play his love interest. Would we have it any other way since they were Jackie and Kelso in love for so long? The duo just became engaged and we are so stoked to see them back in action. Demi Moore appeared alongside Kutcher on "Saturday Night Live" poking fun at their May/December romance and now they are Hollywood history. Hopefully that won't be the case for Mila and Ashton as they have, as aforementioned played lovers before!