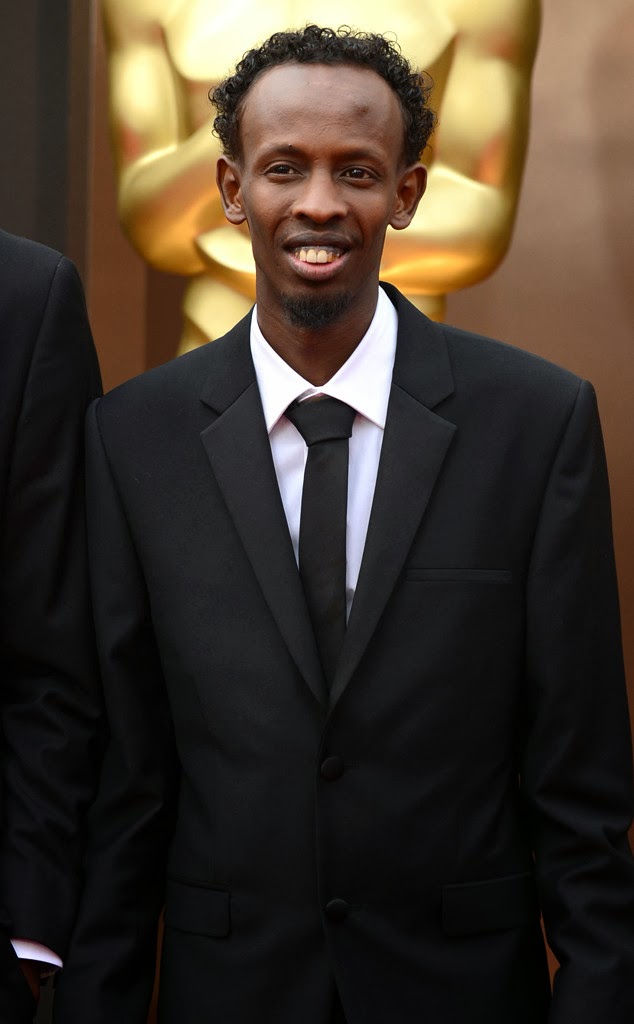 Talk about a bittersweet moment. Last night, Barkhad Abdi was up for an Oscar for his role in "Captain Phillips" but now it seems that all is not wonderful in Abdi-land. The actor, 28 is reportedly broke, according to a news source.
Though he took home about $65,000 for the film, Abdi received that money two plus years ago. "When Abdi is in Los Angeles to promote the film, he subsists on a per diem, good at the Beverly Hilton, where the studio likes to put him up. The town car is available only for official publicity events. His clothes are loaners. Recently Abdi requested that he be allowed to stay at a commuter hotel near LAX to be closer to his friend, a Somali cabdriver from Minneapolis, who shuttles him around for free," it is claimed. He had been working at his brother's cell phone store until the movie was released then he went on to promote the film and has continued with the hooplah. We are waiting for Abdi to release some statement to either validate or deny this story.