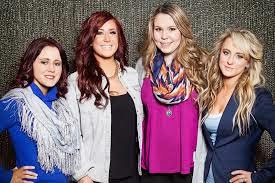 Last night was the season five finale of "Teen Mom 2," the show we were not even sure if it would have a season five. So, before Tuesday night's reunion, which airs at 11p.m., we wanted to give you the highlights so you can be all caught up! Check out what you missed!


We will see you Tuesday, April 15th at 11p.m. on MTV for the Check-In With Dr. Drew where Javi admits that Kailyn hit him again and Chelsea may have slept with one of Adam's brothers! Don't miss it!
at April 14, 2014

photo courtesy of bravotv.com It would be cool to see fan and co-star reactions but that's super hard when you turn all of your Instag...