C'mon now- did anyone really think Jax Taylor would let ex, Stassi Schroeder and flirtation, Lala Kent have all the baby joy to themselves? Especially since he and Brittany Cartwright are the only other 'Vanderpump Rules' married couple, aside from Tom Schwartz and Katie Maloney-Schwartz. Technically, the Schwartz's did not get legally married until after Jax and Brittany because Tom forgot to send in the marriage license...or maybe he lost it. We are not even sure if he and Katie's Vegas wedding counts but I digress. A short time ago, Taylor and Cartwright announced they are expecting, as well, via Instagram.

With Jax, 41 cradling Brittany's prominent belly, she is holding up a long line of ultrasound photos with the caption: "Mom & Dad. The love of our lives is coming soon." People had questioned if the 31-year-old Kentucky native was expecting after she was photographed with Kristen Doute, over the summer, looking a tad more plump in the tummy but nothing was revealed. Brittany and Jax had spent some time in her home state as her mother had complications from a surgery that landed her in the ICU. They had returned home to California and had traveled with Lala Kent and Randall Emmett along with other former and current co-stars and were even present this weekend to celebrate Kent's gender reveal.

Sadly, co-star Scheana Shay also found herself pregnant this year but suffered a miscarriage. However, she has undergone two rounds of egg freezing so we know she will join the mom club soon enough with boyfriend, Brock Davies.

We wish Jax and Brittany all the best and cannot wait to see what they are having, due April of next year! 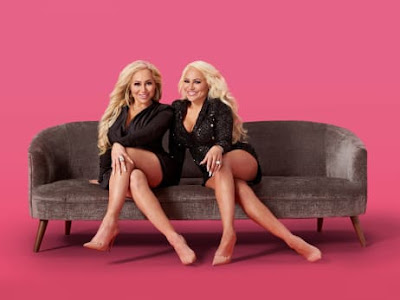