The world is mourning the loss of an icon and a legend- Ruth Bader Ginsburg, Supreme Court Justice, has passed away at 87. She has had her health issues, which included a bout with colon cancer in 1999; pancreatic cancer 10 years later; a stent in her artery; lung cancer and much more. However, the one thing that remained consistent about RBG was the fact she never missed a day on the bench and made sure she always showed up like a boss. One of the reasons she was seemingly holding on for dear life was to wait for the election so the current president could be voted out and not replace her with more conservative judges. Unfortunately, her little body could not hold on any longer. Nominated by former president Bill Clinton, she hold this post from 1993-2020, predeceased by husband, Martin Ginsburg, who passed in 2010. She leaves behind children Jane and James and a plethora of fans! We will miss you! Now, bubble wrap Betty White and protect her from 2020!

'RHONY' Cast Member Shuts Down Production Due to Covid!

photo courtesy of bravotv.com Ramona does not wear a mask in the ocean but maybe she should. According to Page Six , production on the las... 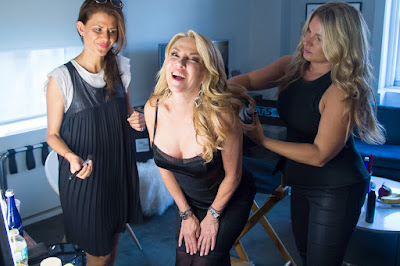