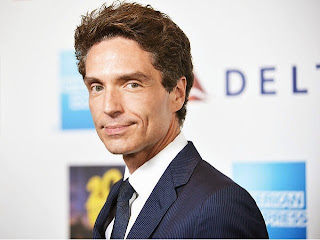 I was just questioning when we were going to start a revolution to bring Richard Marx back to the music scene. Prayers answered as the "Right Here Waiting" singer announced that he and wife Cynthia Rhoades. The announcement came via his appearance earlier today on "Katie." The couple met when they were both working on "Staying Alive." Rhoades was also a key player in a little film called "Dirty Dancing." They have three children together and have been separated since July! Hey Richard...we are right here waiting!!!